A police officer in New York has been suspended without pay after he was seen in a video using the loudspeaker from one of the department’s patrol SUV’s in violation of a policy against endorsing political candidates while on duty, NYPD officials said.

The footage posted on Twitter shows an unidentified person using offensive language toward the NYPD officer over the weekend in the Flatbush area in Brooklyn, challenging him to repeat the slogan “Trump 2020,” which he allegedly said before the video was recorded.

“Suspended without pay; The police officer who is under investigation for using a department vehicle’s loud speaker for political purposes has been suspended, effective immediately,” the department wrote on Twitter.

Suspended without pay; The police officer who is under investigation for using a department vehicle’s loud speaker for political purposes has been suspended, effective immediately.

It is unclear what started the verbal altercation between the officer and the pedestrian who recorded the video.

A witness who saw the incident unfolding from his apartment building told New York Daily News the pedestrian raised his finger towards the officer because the patrol vehicle was parked in a crosswalk with lights flashing.

“Law Enforcement must remain apolitical, reassuring the public that we will enforce the law fairly and without prejudice regardless of anyone’s political beliefs,” the commissioner said.

Law Enforcement must remain apolitical, it is essential in our role to serve ALL New Yorkers regardless of any political beliefs.

It is essential for New Yorkers to trust their Police.

Mayor Bill de Blasio also addressed the incident, promising a swift response, noting that the officer his behavior will not be tolerated.

“Let me be clear: ANY NYPD Officer pushing ANY political agenda while on duty will face consequences,” the New York mayor wrote on Twitter.

“You’re going to have police officers that have views across the spectrum, but I also think we’ve seen overwhelmingly officers leave their politics at home and they go and do what has to be done to keep people safe and to respect peaceful protest,” de Blasio said at a news briefing last Tuesday, The Associated Press reported.

“Any officer who can’t or won’t do that we have to discipline and we have to address, but I don’t get an indication that that is a widespread challenge.” 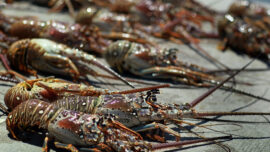