Russia was allegedly responsible for a plane crash that happened more than a decade ago, killing 96 passengers including then-Polish President Lech Kaczynski and his wife, a Warsaw government special commission again claimed on Monday.

The latest of the commission’s report released on April 11 alleges that the crash of the Soviet-made Tu-154M plane, which happened on April 10, 2010, was caused by an intentional detonation of planted explosives and was the result of an assassination plot.

“The main and indisputable proof of the interference was an explosion in the left-wing … followed by an explosion in the plane’s center,” said Antoni Macierewicz, the head of the commission who also served as Poland’s defense minister from 2015 to 2018.

The airplane was traveling from Warsaw, Poland, when it crashed near the Russian city of Smolensk. There were no survivors.

All passengers on board the plane were headed to Russia for an event commemorating the 70th anniversary of the Katyn Massacre, during which thousands of Polish Army officer POWs were killed by Soviet forces.

Macierewicz has denied that any mistakes were made by Polish pilots or crew members, despite there being bad weather at the time of the crash.

The deaths of those on board the plane were the result of an “act of unlawful interference by the Russian side,” Macierewicz said during a news conference.

The findings of the latest report repeat many previous allegations made by the commission, appointed by the government whose key figure is the main ruling Law and Justice party leader, Jaroslaw Kaczynski, the twin of the late president.

Suspicions are additionally fueled by Moscow’s refusal to return the plane’s wreckage, which has complicated Poland’s investigation.

Earlier, two separate reports by Polish and Russian experts on aviation incidents said the crash on approach in dense fog to the Smolensk airport, which did not have sophisticated aviation equipment, was the result of human errors made in adverse weather conditions.

A Russian investigation in 2011 blamed the Smolensk air crash on pilot error. Investigators said at the time Polish crew members failed to heed bad weather warnings because they were afraid of displeasing Kaczynski.

“The aircraft commander, co-pilot, and navigator had been trained hastily, haphazardly and in violation of the respective training regulations,” the report said.

The Russian-led investigation concluded that the Polish crew should have decided to divert to another airport in light of “repeated and timely” warnings about bad weather in Smolensk.

Besides Kaczynski and his wife, many distinguished Polish representatives were on board the Tu-154M, including former Polish president in exile Ryszard Kaczorowski, the president of the Polish National Bank, Polish Parliament members, military commanding officers, World War II veterans, and other members of Poland’s elite.

The latest allegations also come amid heightened tensions between Warsaw and Moscow, following Russia’s attack on Ukraine in what Moscow calls “a special military operation” in the country. 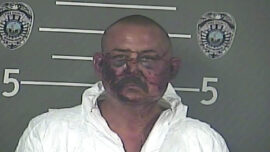 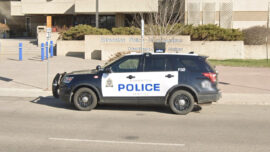 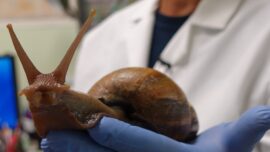 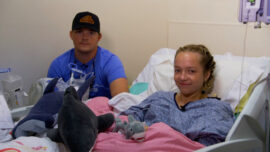 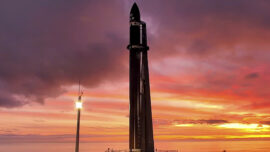 NASA Satellite Breaks From Orbit Around Earth, Heads to Moon 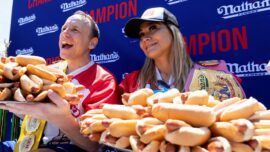