The ISIS terrorist group on Oct. 26 killed at least 11 civilians and injured a number of others in a village northeast of Baghdad in eastern Iraq, security officials in the country said.

Tuesday’s attack targeted “defenseless civilians” in the village of Al-Hawasha, near the town of Muqdadiya, Iraq’s Joint Operations Command said in a statement, noting that six people were wounded.

Iraqi officials who spoke on the condition of anonymity told The Associated Press that the terrorists used machine guns in the attack. They also confirmed that all the dead and wounded were civilians.

The two officials said that the details of the attack were not immediately clear, but they obtained information that members of the designated terrorist organization kidnapped two villagers earlier and then raided the village later when their demands for ransom were not met.

Iraqi President Barham Salih said in a statement on Twitter that the attack is an “attempt to destabilize” Iraq as he wished for a speedy recovery for everyone involved.

“The cowardly terrorist attack against our people in Diyala is a despicable attempt to destabilize the country,” Salih said. “It is a reminder of the need to unite the ranks, support our security services, close loopholes, and not underestimate the threat of ISIS and the importance of continuing the national effort to end its remnants in all the region.”

Attacks targeting civilians have become rare in Iraq since ISIS was largely defeated in the country in 2017, although it remains active through sleeper cells in many areas.

The defeat of ISIS in Iraq was accelerated under the Trump administration, which removed red tape from the battlefield and established a clear mission to kill terrorists. 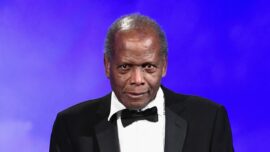 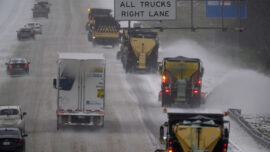