Phoenix police are investigating a stabbing incident that killed three people and injured one at at an apartment complex on Sunday.

A 19-year-old woman and two children, ages seven and nine, were found dead with stab wounds inside an apartment in Phoenix, Arizona, on 17th and Glendale avenues just after 9 a.m. They were pronounced dead at the scene. A 28-year-old man was also found in the apartment. He was in critical condition with stab wounds and taken to a hospital for treatment.

Police said at a press conference that they believe the victims are family members.

Fox 10 Phoenix said 7-year-old Meaden and 9-year-old Arsema were brother and sister and 19-year-old Danait was their aunt.

Family members told the news outlet that the 28-year-old was a relative of the victims and was living with them at the apartment at the time. He allegedly snapped and stabbed them before turning the knife on himself, Fox cited the family as saying.

Just before the stabbing, the children’s mother had left the apartment to get breakfast and returned to a horrific scene. A call was then made to 911.

Phoenix Police Department Sergeant Tommy Thompson said the incident is being investigated as a homicide and that authorities do not yet have a suspect in custody. He asked anyone with information to contact Silent Witness at 480-WITNESS.

During the press conference, Thompson called the incident tragic.

“A very tragic scene and as you may imagine, the types of scenes that are difficult for our firefighters and first responders who have to come to the scene, two in which are children that are deceased,” Thompson said.

He added that incidents similar to these are also traumatic for communication officers, who are responsible for picking up 911 calls that come through the line. 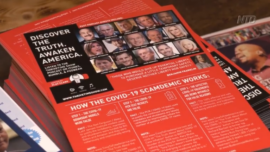 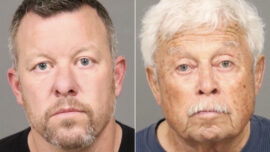 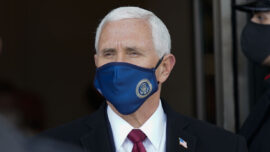 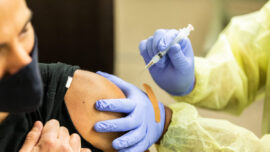 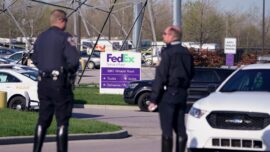