One Iranian Dies of COVID-19 Every 10 Minutes
CCP VirusVictor Westerkamp Mar 20, 2020 ShareFacebookTwitterCopy Link
Cabinet members wearing masks while attending a meeting in Tehran, Iran, on March 18, 2020. (Office of the Iranian Presidency via AP)

In Iran, one person is dying of COVID-19 every 10 minutes, an official said in an apparent attempt to provide more insight into the country’s desperate struggle during the global pandemic.

After weeks of downplaying the seriousness of the COVID-19 outbreak that has rattled the country, Kianush Jahanpur, spokesperson for Iran’s health ministry, has come out to speak about the mortality rate of the sickness.

Jahanpur said on Twitter: “Based on our information, every ten minutes one person dies from the coronavirus and some 50 people become infected with the virus every hour in Iran,” according to a translation provided by Reuters.

The number was based on the 149 deaths—a record—that occurred within 24 hours from Thursday to Friday. The previous day, 147 deaths occurred, according to officials.

The total amount of infections has risen to 21,638, and 1,685 deaths, as of Sunday, according to official government data compiled by Johns Hopkins University.

According to these figures, Iran was the third-worst impacted country on Sunday from the global pandemic after China and Italy. However, political resistance groups have claimed that the death toll in the country has already risen above 7,000.

If that were true, the mortality rate in Iran would have overtaken Italy, which reported 5,476 deaths on Sunday.

Chinese dissidents also claim that the official figures by the Chinese Communist Party (CCP) are underreporting the number of deaths from the CCP virus across the country. Official figures on Sunday reported 3,144 deaths—less than Italy.

NTD refers to the novel coronavirus, which causes the disease COVID-19, as the CCP virus because the Chinese Communist Party’s coverup and mismanagement allowed the virus to spread throughout China and create a global pandemic.

Another official, Ali Rabiei, a representative for President Hassan Rouhani, had earlier implied the fatality rate could be much higher than officials admitted.

“The death toll may be higher, and the test results for (the victims) could have been wrong,” he said, reported Fox News. “Some have died and we might not have known it was due to coronavirus. There may be some shortcomings in the figures, and sometimes you may see a jump in our announcement,” Rabiei said.

Alinaqi Machayekhi, a prominent professor at Tehran’s Sharif University of Technology, shared his expectations of the disease’s advance in his country.

If the Iranian government imposes strict “responsible behavior,” the disease would claim 12,000 lives out of a total of 120,000 infections, he told The Strait Times.

But without coercive measures, the death toll could soar to up to 3.5 million given the population of 81 million, Machayekhi said. 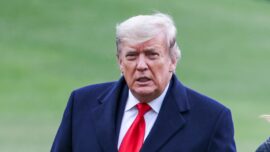 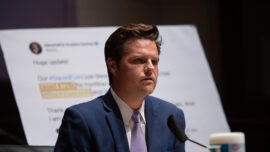 Trump Not Resigning, Will ‘Not Leave the Public Stage at All:’ Gaetz 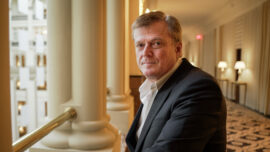 Patrick Byrne: ‘This Is a Communist Party Takeover’ 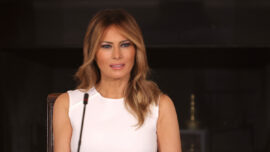 First Lady ‘Disappointed’ With Violence in Washington, Calls for America to ‘Heal’ 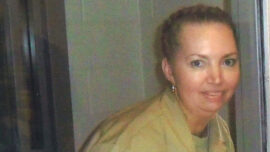