Artist Says Shen Yun Has Provided Inspiration for Her Painting 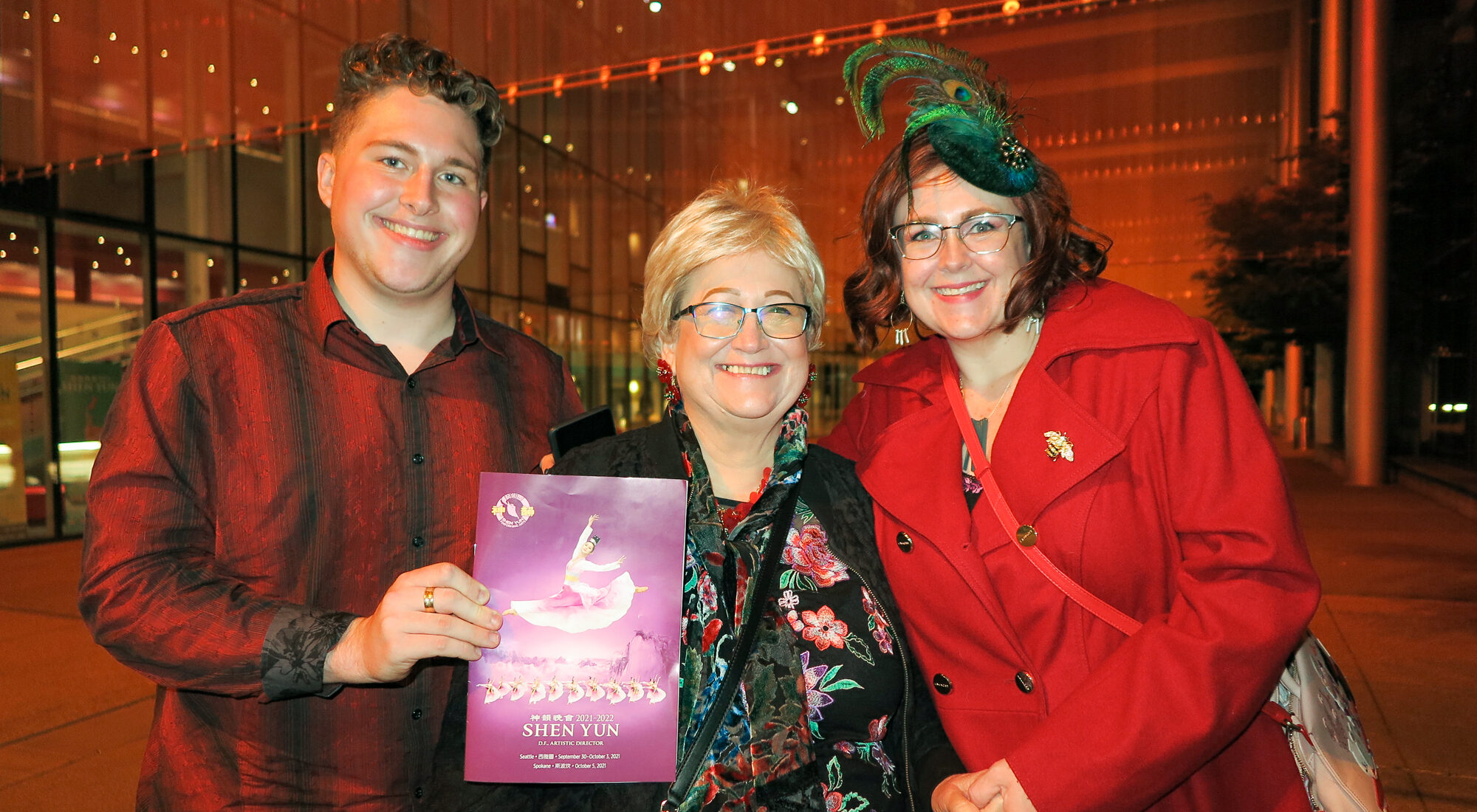 SEATTLE —Melissa Von Ruden, a painter and former dancer, said she was inspired by “top-level”Shen Yun Performing Arts as it dazzled audience members at the Marion Oliver McGaw Hall in Seattle.

Robin, a worker in cybersecurity, said he had been moved to tears by the New York-based Shen Yun: “I was crying. The performance was amazing—the message was powerful.”

“[It] was amazing to see the [dancers’] control of the body and the heartfelt movements. I loved the color and the movement, and how well they were synchronizing,” Melissa said. “The difficulty there is just incredibly high, and I was just in awe.”

She gave the example of the Plum Blossom dance, from which the dancers’ movements and colors have given her inspiration for her paintings.

Melissa said the musical performances also made a deep impression on her.

“The music took it to a different level, especially the individual player that was on the stage with the two strings [erhu]. You could just close your eyes and just feel the music” she said.

“My mom couldn’t stop laughing about the monkeys and stuff. She just thought that was the cutest and fun. It brought some heartfelt silliness to kind of the seriousness of all of it. It was beautiful,” Melissa added.

“I definitely want to see that again,” she said.

The name Shen Yun, which means “divine beings dancing,” revives the ancient Chinese belief that their culture was a gift from the gods. Several Shen Yun dances feature divine beings and they speak to the spiritual purpose of life.

The dances evoked a feeling of connection in Melissa. “The character of the divinity coming down and then him arriving [on earth] was very moving,” she said of one of the performances.

It was after the Chinese Communist Party took power in 1949 that Chinese traditional culture was virtually destroyed. Shen Yun is bringing back China’s ancient culture by touring the world with dedicated dancers, singers, and a unique orchestra made up of traditional Chinese instruments and classical Western instruments.

You can look beyond yourself and see that there is something more above us.
— Melissa Von Ruden

For Melissa, watching Shen Yun was also a learning experience, which had her leaving the theater with the powerful message that we’re not alone. “You can look beyond yourself and see that there is something more above us,” she said.

Kevin Flynn, a crystal sculptor, was also impressed by the color and movement of Shen Yun, which he said had “a very natural human flow.”

He commented on the energy he felt emanating from the performance on stage.

“I think it comes from the dedication and the passion from the performers,” he said. “I am [always] inspired by people who really have a deep passion for their craft.”

The music from the orchestra was also “very soothing and uplifting,” he added of Shen Yun’s harmonizing of traditional Chinese instruments and classical Western instruments.

Flynn said, “With everything that’s happened in the past year [the pandemic], [Shen Yun] absolutely is a very nice, bright bit of sunshine and light.”