Amazon is seeking to block mail-in votes in an upcoming unionization vote.

Workers at a warehouse in Bessemer, Alabama, are scheduled to vote soon on whether to unionize, with ballots being sent out on Feb. 8. The National Labor Relations Board said earlier this month that the vote would take place entirely by mail because of the COVID-19 pandemic.

“A mail ballot election will enfranchise employees who cannot enter the voting location for health reasons or due to positive COVID tests,” the board said in its ruling. “In addition, a mail ballot election will protect the health and safety of voters, Agency personnel, the parties’ representatives, and the public during the current health crisis.”

Amazon filed a motion on Jan. 21 that seeks to delay the election so it can take place in person, with no votes by mail.

In a filing, the company said the board’s decision doesn’t specify what constitutes an outbreak. The board’s acting regional director, Amazon added, “reached the remarkable conclusion that any level of infection or potential infection among employees counts as an ‘outbreak.'”

Approximately 2.9 percent of Amazon’s 7,575 employees and third-party workers tested positive for COVID-19 in the two weeks ending on Jan. 7, Amazon said. The company contests that that percentage doesn’t constitute an outbreak.

If it does, then “facilities will be in a constant state of ‘outbreak’ unless and until the virus all but disappears, with no manual elections occurring until that unknown time,” Amazon said in a filing, alleging an election by mail could “disenfranchise dozens or hundreds of voters.”

“We believe that the best approach to a valid, fair and successful election is one that is conducted manually, in-person,” an Amazon spokesperson told news outlets. “We will continue to insist on measures for a fair election, and we want everyone to vote, so our focus is ensuring that’s possible.”

The board didn’t respond to a request for comment. In a statement last year, it said its policy strongly favors in-person elections but said approximately 90 percent of votes since March 2020 have taken place by mail because of the pandemic.

If one of six unique circumstances are present in a facility, then a remote vote would be ordered, the board decided. Those circumstances include a current COVID-19 outbreak at a facility, an increase in the 14-day trend of new confirmed COVID-19 cases, and an inability to carry out an in-person election that abides by mandatory state or local health orders.

The vote at the Bessemer warehouse is slated to be the first unionization vote in an Amazon facility since 2014. A group of Amazon workers in Delaware voted that year not to join a union.

Amazon’s owner is Jeff Bezos, one of the richest men in the world. The second-largest employer in the United States has struggled with worker safety. The National Council for Occupational Safety and Health regularly lists Amazon among the most unsafe workplaces in the country.

“Six worker deaths in seven months; 13 deaths since 2013. Reports of a high incidence of suicide attempts; workers urinating in bottles and workers left without resources or income after on-the-job injuries,” the council said in 2019.

This year’s unionization vote is to join the Retail, Wholesale and Department Store Union. The union didn’t return an inquiry and has not commented on the scheduled vote, though it linked to an article about the situation on its website.

Organizers of the unionization effort and Amazon set up competing sites to make their cases.

Organizers said having a union “would give us the right to collectively bargain over our working conditions including items such as safety standards, training, breaks, pay, benefits, and other important issues that would make our workplace better.”

“Amazon sometimes addresses issues at work but it’s all temporary,” they said. “A union contract is in writing, negotiated upon, and Amazon would need to legally follow the guidelines and there are mechanisms to hold them legally accountable to us as workers. There’s no other way to have this type of relationship with Amazon outside of having a union.”

Amazon alleged workers would have to pay hundreds of dollars in dues. “Why pay almost $500 in dues? We’ve got you covered with high wages, health care, vision, and dental benefits, as well as a safety committee and an appeals process. There’s so much MORE you can do for your career and your family without paying dues,” the site states. 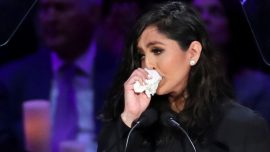 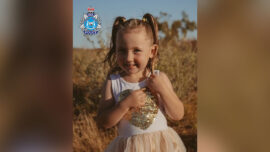