Shares of former President Donald Trump’s Digital World Acquisition Corp., a blank-check firm that is taking his proposed social media platform public, spiked on Friday after a huge rally the day before.

Trading in Digital World Acquisition Corp. (DWAC) was halted on Friday due to volatility several times during Friday morning trading after it skyrocketed 216 percent at one point. On Thursday, the stock surged over 300 percent to close at $35.54 with significant trading volume and volatility.

There is speculation that small retail investors may be behind DWAC’s surge, as the stock trended all day on Twitter and was heavily referenced on the WallStreetBets sub-Reddit, the same forum that was mostly behind the meteoric spike in so-called “meme stocks” including GameStop and AMC earlier this year.

DWAC was the most actively traded stock Thursday on the Fidelity platform and continued to be the top-traded stock on Friday. More than 11 million shares were traded on Thursday, up from about 3,800 trades on Wednesday.

The new firm has stated that its “mission is to create a rival to the liberal media consortium and fight back against the ‘Big Tech’ companies of Silicon Valley, which have used their unilateral power to silence opposing voices in America.”

“In the year 2021, the media pendulum has swung dangerously far to the left,” Truth Social’s About page reads. “Silicon Valley, the mainstream media, and Big Tech have begun to forcibly silence voices that do not align with their woke ideology.”

It adds: “They control the future. They control you. To counter this dangerous exercise of Big Tech monopoly power.”

Former close Trump adviser Jason Miller has started his own social media platform, GETTR. In response to Trump’s announcement, Miller said Wednesday that they couldn’t come to an agreement.

“Trump has always been a great deal-maker, but we just couldn’t come to terms on a deal,” he told several media outlets in a statement, congratulating Trump on the launch of the platform.

The former commander-in-chief, meanwhile, has often blamed Section 230 of the 1996 Communications Decency Act for what he said has given social media companies the ability to regulate content posted on their platforms. Those firms, he and others have argued, are biased against conservatives and others with viewpoints outside the mainstream. 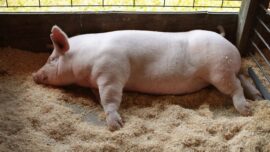 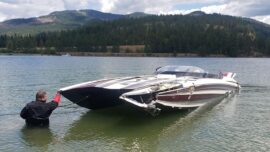