The National Security Agency (NSA) Office of the Inspector General (OIG) on Tuesday announced it is conducting a review into the allegations, though it did not mention Carlson by name.

“The OIG is examining NSA’s compliance with applicable legal authorities and Agency policies and procedures regarding collection, analysis, reporting, and dissemination activities, including unmasking procedures, and whether any such actions were based upon improper considerations. If circumstances warrant, the OIG will consider other issues that may arise during the review,” Robert Storch, the NSA’s inspector general, said in a statement.

“We are gratified to learn the NSA’s egregious surveillance of Tucker Carlson will now be independently investigated,” Fox News told The Epoch Times via email.

“As we have said, for the NSA to unmask Tucker Carlson or any journalist attempting to secure a newsworthy interview is entirely unacceptable and raises serious questions about their activities as well as their original denial, which was wildly misleading,” it added.

Carlson, the most popular cable news host in America, said in June that, according to a whistleblower, the Biden administration was spying on him.

Carlson said the illegal surveillance was part of an attempt to take his show off the air.

“The whistleblower, who is in a position to know, repeated back to us information about a story that we are working on that could have only come directly from my texts and emails,” he said during his program. “There’s no other possible source for that information, period.”

The NSA issued a response, alleging Carlson “has never been an intelligence target of the Agency and the NSA has never had any plans to try to take his program off the air.”

“NSA has a foreign intelligence mission. We target foreign powers to generate insights on foreign activities that could harm the United States,” it added.

An anonymously-sourced report later alleged Carlson was unmasked, or identified, after being mentioned in communications between third parties.

Former NSA general counsel Stewart Baker weighed in last month, saying the unmasking piece is the part that should be investigated.

“Motive matters. First, the requester should have given a reason for the unmasking. How plausible was it, given the requester’s position?” he wrote on Twitter.

Sen. Marco Rubio (R-Fla.), the top Republican on the Senate Intelligence Committee, also called for a probe, telling Director of National Intelligence Avril Haines in a letter that the alleged unmasking “only fueled the perception that unmasking is being used as a political hammer or to satisfy curiosity.” 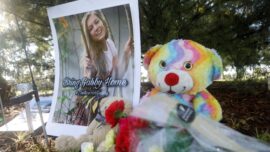