Six people were rescued on Tuesday after a large commercial boat capsized off the coast of Louisiana in the Gulf of Mexico, but 12 remain missing, according to the U.S. Coast Guard.

The Coast Guard said it received a radio beacon notification around 4:30 p.m. of a distressed 129-foot commercial lift vessel. The Coast Guard subsequently issued an urgent broadcast that attracted some vessels to come and help.

At the time, a heavy storm with gusty winds was hitting the area, according to the National Weather Service in New Orleans.

SEACOR Marine, which owns the capsized boat, confirmed to ABC News that the boat is used in oil and gas exploration and is called the SEACOR Power. The company told the outlet that a total of 18 people, including employees and contractors, were on board. 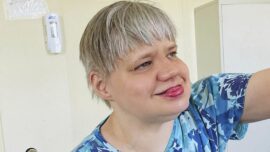