Hundreds Believed Dead in Pacific Northwest Heat Wave
USThe Associated Press Jul 2, 2021 ShareFacebookTwitterCopy Link Comments
A Salvation Army EMS vehicle is setup as a cooling station as people lineup to get into a splash park while trying to beat the heat in Calgary, Alberta on Wednesday, June 30, 2021. (Jeff McIntosh/The Canadian Press via AP)

Hundreds of deaths were being investigated as heat related in Oregon, Washington state and British Columbia. The dangerous heat began June 25 and only began to subside in some areas on Tuesday.

The death toll in Oregon alone has reached at least 95, the state medical examiner said on Friday, with most occurring in Multnomah County, which encompasses Portland.

In Canada, British Columbia’s chief coroner, Lisa Lapointe, said her office received reports of at least 486 “sudden and unexpected deaths” between June 25 and Wednesday. Normally, she said about 165 people would die in the province over a five-day period. She said it was too soon to confirm how many deaths were heat related but that it was likely behind most of them.

Washington state authorities have linked about 30 deaths to the heat, with more reports coming in each day this week.

There were 1,792 emergency room visits for suspected heat-related illness since June 25, the Washington state Department of Health said Thursday. Of those visits, 21 percent required people to be admitted to the hospital.

Monday had the most emergency room visits, with 702, the health department said. It was the hottest day of the heat wave in many areas, with Seattle, Portland, Oregon, and other cities smashing all-time heat records. It reached 108 F (42 C) in Seattle, and 116 F (47) in Oregon’s largest city.

Forecasters blamed the temperatures that spiked more than 30 degrees above normal on a “heat dome” that parked a strong high pressure system over the region. Temperatures cooled considerably in western Washington and Oregon by Tuesday, though a heat warning was still in effect for parts of the interior Northwest and Canada.

The extraordinary heat wave stretched into the upper reaches of California, where several wildfires erupted in the hot, dry conditions, making it difficult for firefighters trying to beat back the flames that have driven thousands from their homes in mountain communities and burned several residences. 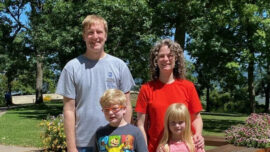 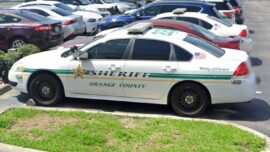 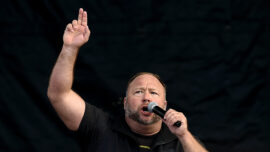 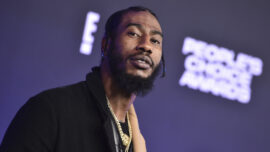 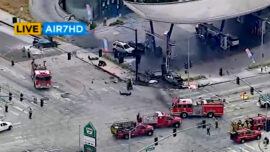 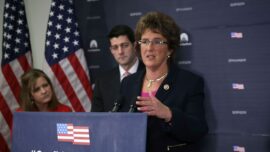