A newly-formed non-profit society of college students from across the United States is demanding that American academic institutions shut down Confucius Institutes.

As of May 15, at least 86 Confucius Institutes are being propped up by universities, colleges, and school districts, according to the National Association of Scholars (NAS). The Chinese Communist Party-backed programs have been under fire over the years for suppressing free speech and promoting a slanted perception of Chinese history, among other things.

O’Connor said more than 25 Athenai societies would be set up to go after Confucius Institutes, confront authoritarian influence, and protect academic freedom. Numerous organizations from different colleges and universities have joined the project.

But education and China experts have criticized them for trying to skew students’ perceptions of China and the Chinese Communist Party (CCP). Their staff “present Taiwan and Tibet as undisputed territories of China,” and also skirt discussions about the regime’s human rights abuses and political history, according to an in-depth investigation into the program by the NAS.

O’Connor said the rights of Chinese students are the most oppressed by these institutes. He said his friends, who are Hong Kongers, who study at the University of California, Davis, have been targeted.

“There are seven instances which they’ve documented, in which either Confucius Institutes or members of the [Chinese Students and Scholars Associations] there often working in lead with each other, and also the Chinese consulates in the area, have infringed upon their rights whether it was through physical intimidation, tearing down signs that said ‘Free Hong Kong,’ or ‘Liberate Hong Kong,’ or ‘Be Water,’ things that are quite simple,” he said.

The U.S. government has taken issue with Confucius Institutes which was underlined in the National Defense and Authorization Act for Fiscal Year 2019.

The law bars universities from Pentagon funds if they host the program. In other words, schools have had to choose between funding their Chinese language programs with money from the United States or the CCP.

A U.S. subcommittee reported (pdf) that from 2006 to 2018, China had pumped over $158 million in funding to U.S. schools for Confucius Institutes. But “nearly 70 percent of U.S. Schools that received more than $250,000 from Hanban failed to properly report that amount to the Department of Education.”

The Athenai Institute’s Washington Appeal says: “In the fight against authoritarianism, universities can continue to benefit from the largesse of an emboldened authoritarian state, or they can stand on the right side of history. They cannot do both.”

O’Connor said the organization is doing its best to make things work with limited funding, and that the societies are in the process of rolling out.

He also mentioned that there will be “significant” overlap between where they have support and where there are Confucius Institutes. 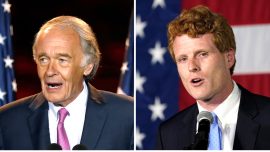