South Korean Disney+ actress Kim Mi-soo has died suddenly at the age of 29, her agency has confirmed.

“Kim suddenly left us on Jan. 5,” her agency Landscape said in a statement on Wednesday. “The bereaved are deep in their sorrow at the sudden sadness. Please refrain from reporting false rumors or speculation so that the family can mourn in peace.”

The agency statement, translated by Joongang Daily, provided no cause of death.

Kim was born on March 16, 1992. Due to different methods of calculating age in Korea, local media reports her age as 30 and 31.

The popular actress recently had a supporting role as a student activist in the Disney+ series “Snowdrop.” The romantic melodrama’s protagonist, Young-ro, is played by K-pop star Kim Ji-soo of group Blackpink.

The series was originally produced by South Korea’s JTBC Studios and Drama House, but is being broadcast on Disney+ around the world. The first episode of the series dropped on Disney+ on Dec. 18.

The K-drama made headlines in March after producers were accused of historical distortion. Set in South Korea in 1987, the drama follows the pro-Democratic movement.

An online petition circulated calling for the K-drama to be taken off-air, gathering hundreds of thousands of signatures, according to Variety.

JTBC pushed back against all allegations of historical distortion.

“First of all, the motive behind Snowdrop’s story, background, and major events is the presidential political situation during the military’s regime. Against this background, the K-Drama tells a hypothetical story where those with vested interests engage with the North Korean regime in order to maintain their power. Snowdrop is a work that shows the personal narrative of people who were sacrificed and used by others in power.”

Kim played a history student and the roommate of the period drama’s female protagonist.

The actress also appeared in the 2019 films “Memories” and “Kyungmi’s World,” and another JTBC drama series “Human Luwak.” In 2020, Kim starred in K-dramas “Hi Bye, Mama!” and “Into the Ring.” 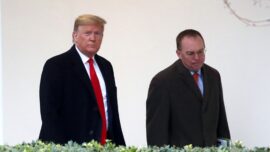 Informant ‘Very Close’ to Trump May Have Tipped FBI: Former Chief of Staff 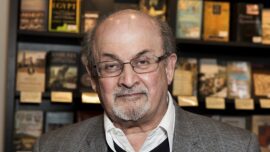 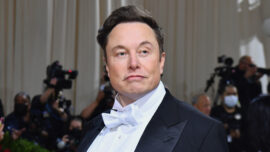