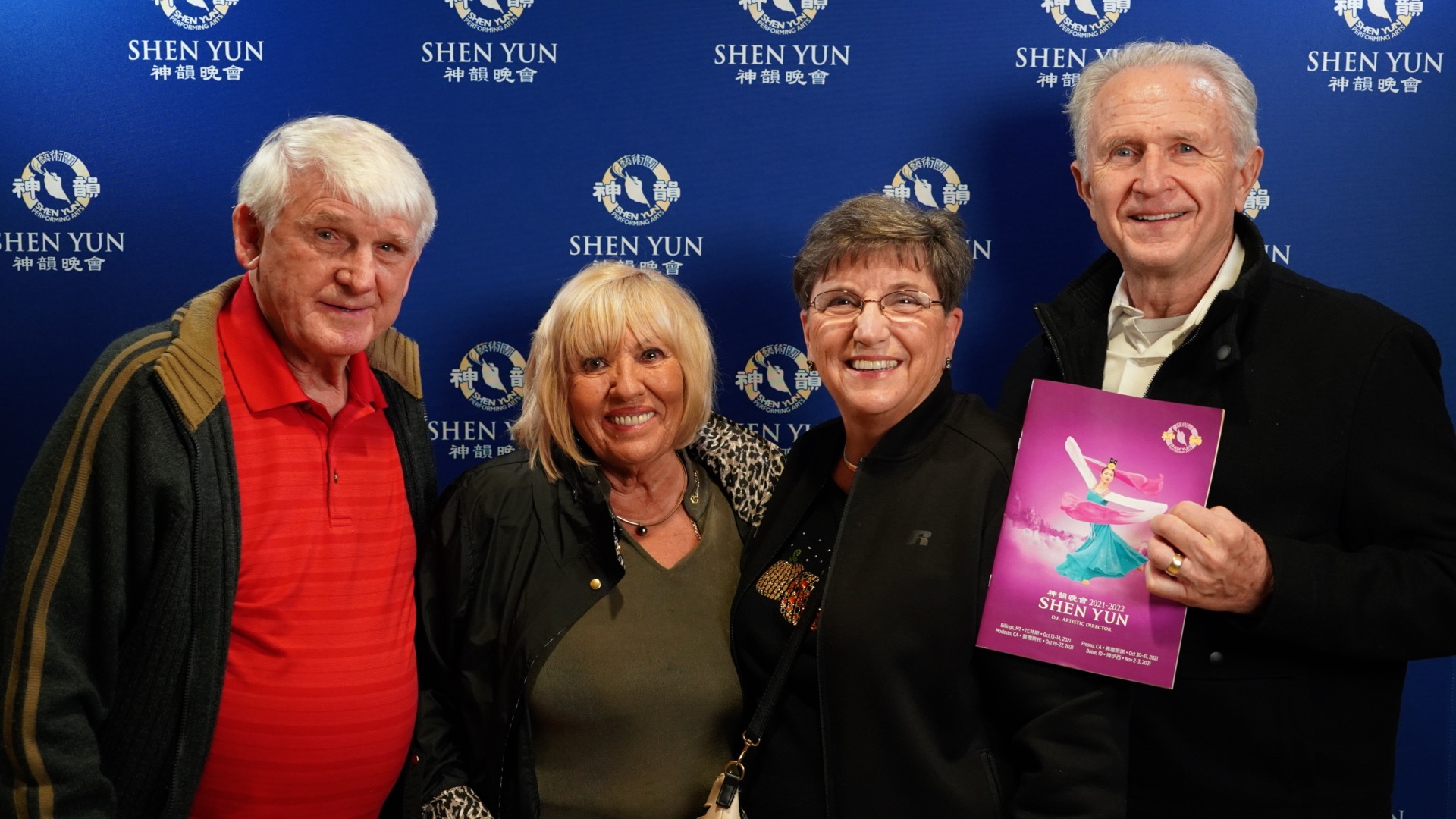 Audience members described Shen Yun as spiritual and healing at the Gallo Center for the Arts in Modesto, California.

Wally Herger, a former U.S. Representative for California’s 2nd congressional district for 26 years, saw Shen Yun for the third time on Oct. 26. He brought his wife and two friends.

“It’s everything. It’s the theme, it’s the message, it’s the outstanding people. You just feel God in it. You feel wholesomeness, positive,” Herger said.

Nick Diaz, an Ultimate Fighting Champion, attended a performance with his girlfriend after a recent fight.

“Now I’m just healing up. It was nice to come here, you know, and see the show. [It’s] really peaceful and like a healing vibe,” Diaz said.

Victor Barraza is a real estate agent and has been a board member of the Gallo Center for the Arts for the past four years. It’s his first time seeing Shen Yun with his wife.

“Very active, very lively, and I like the way the story comes through,” Barraza said. “I love the gentleman that sang, my gosh! He’s amazing!”

Under the Chinese communist regime, much of China’s traditional culture and values have purposefully been stamped out. Shen Yun’s mission is to revive it, but the regime does not allow the performance in China.

“Like they said, they don’t allow this there [in China]. So this is a great way to get your message out, and we had no idea,” Barraza said. “In regards to communism, and how everybody … if they disagree with your religious views, you know the things that can happen to you. And then how connected and briberies and how money plays such a big role and all that. And how that will translate into you better behave or else.”

“So many people are so worldly,” Herger said. “They forget about God, they’re out using alcohol and partying and doing things that are not good for others and caring about others and serving others as God would like us to do as much. So that’s why it’s so positive to see this performance.”

Shen Yun will be heading to New Mexico and Idaho next.