Harvard Astronomer Who Claims Space Object May be Alien Probe Says Critics Have ‘Head in the Sand’
USTom Ozimek Feb 5, 2019 ShareFacebookTwitterCopy Link Comments
Artist’s concept of interstellar asteroid 1I/2017 U1 (‘Oumuamua) as it passed through the solar system after its discovery in October 2017. (European Southern Observatory/M. Kornmesser)

Harvard University Astronomy Department chair Avi Loeb is pushing back against peer criticism of his hypothesis that a strange object—the Oumuamua—found in the solar system might be an alien probe.

“As became apparent from the reaction of some scientists to my publications on the subject, many of them assign a prior probability of zero to the possibility that we will find evidence for alien civilizations,” Loeb wrote in a Reddit “ask me anything” or AMA discussion he initiated on Feb. 2, adding, “this resembles an ostrich placing its head in the sand.”

Loeb, who is a Professor of Science at Harvard University and chairs the ivy league school’s Department of Astronomy, caused a stir when last November he and colleague Shmuel Bialy published an article in Astrophysical Journal Letters outlining the mind-boggling alien claim.

“Considering an artificial origin, one possibility is that ‘Oumuamua’ is a lightsail, floating in interstellar space as a debris from an advanced technological equipment,” Loeb wrote, adding that evidence suggested that the object “may be a fully operational probe sent intentionally to Earth’s vicinity by an alien civilization.”

Back in 2012, Loeb was named as one of Time magazine’s most influential people in space. But since making the claim on the extraterrestrial nature of Oumuamua, Loeb has faced backlash from peers.

“‘Oumuamua’ is not an alien spaceship, and the authors of the paper insult honest scientific inquiry to even suggest it,” tweeted Paul Sutter, an astrophysicist at Ohio State University, shortly after the paper published.

In Defense of Scientific Inquiry

Loeb believes the perspectives of those of his colleagues who refuse to consider the possibility of the extra-terrestrial origin of the mysterious space object are taking a stand in opposition to the spirit of empirical inquiry.

“To me, the entire discussion about ‘Oumuamua is very similar to an imaginary scene where you see a cave person being shown an iPhone,” Loeb said in a podcast late January. “And this cave person would look at it and think that it might be a rock. And then would show it to other members of his or her tribe and the people there would still say, ‘No, it’s probably a rock and how dare you say something else, how dare you talk about something that is different than a rock because rocks are everything that we are familiar with.’ And so, to me, not even putting [aliens] on the table for discussion is a crime!”

To press the case for open scientific inquiry, Loeb launched the open discussion on Reddit in defense of his claims that the strange rock floating through space was so unusual that it can reasonably be considered that its origin is extraterrestrial.

“I did my best to use the media attention as a platform for advocating my guiding principles for innovation in science, namely taking risks and tolerating mistakes and avoiding prejudice,” he explained his reasoning behind his insistence to push back against critics. “These are all required to make discoveries. If we always assume that the future will be the same as the past, it will be. A self-fulfilling prophecy.”

One of the questions asked of Loeb on the AMA was whether alien technology might be so advanced and unlike own, that our methods of detecting it simply fall short.

“In your opinion, what is the likelihood that alien life will have formed along a mechanism so different from our own that we will initially overlook it, or potentially already have overlooked it?” a Reddit user asked.

“High. Our imagination is limited to what we know. Our current technology is accelerating exponentially with an e-folding time of a few years. The car I drive now is significantly better than the once I drove three years ago (I had to replace it due to a minor accident last summer). This means that we will not recognize our own technology in a hundred years (30 e-folding times) from now. This also means that civilizations which are a billion years old would be so sophisticated that we might not recognize them with our current detectors.”

Loeb argued in a January article in the Scientific American that just like “Oumuamua could possibly be a message in a bottle from another civilization, swept to our solar system shore,” humans over the next century “will likely develop the ability to send our own technological bottles to the shores of other planetary systems.”

He suggested that such exploratory spacecraft might carry onboard robots equipped with 3-D printers, which could use the raw materials they find in other solar systems to make artificial objects based on blueprints from Earth.

In another Scientific American article titled “6 Strange Facts about the Interstellar Visitor ‘Oumuamua,” Loeb outlined a number of arguments in support of seriously considering whether the space object is alien.

He also made the emphatic claim that in the face of evidence, the truth should be accepted, however strange it may seem. He wrote, “In contemplating the possibility of an artificial origin, we should keep in mind what Sherlock Holmes said: ‘when you have excluded the impossible, whatever remains, however improbable, must be the truth.'” 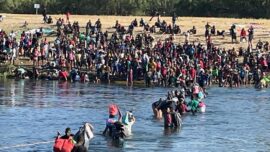