Mother Says She Was Separated From Newborn Baby After Testing Positive for Opiates Because of Poppy-Seed Bagel
USZachary Stieber May 14, 2019 ShareFacebookTwitterCopy Link Comments
Bagels in a file photo. (Stan Honda/AFP/Getty Images)

A New York mother said that she was separated from her newborn child because she failed a drug test.

But the failure was due to eating a poppyseed bagel, she said.

Elizabeth Dominguez said that she was asked for a urine sample when she went into labor and it came back positive.

“I did a urine test and it came back that I tested positive for opiates,” she told WKBW. “I called my husband freaking out saying ‘How is this possible?’ I don’t do drugs.”

After her husband, Mark inquired about what she’d eaten, she told him that she’d had a bagel and a sub.

How what a mother ate before giving birth led to her being separated from her newborn. @EdDrantch @KatieMorseNews @HannahBuehler https://t.co/AS9YS42QeD

“He told me it must be from the bagel,” she said.

“In some cases eating a large amount of poppyseed such as the kind found in a bagel has been shown to produce low levels of morphine and codeine in the urine,” Dr. Michelle Rainka, a clinical pharmacist at DENT, told the broadcaster. “Potentially those seeds have not been washed and can contain that.”

Government reports also show that the problem of poppyseeds leading to false positives has existed for decades. Researchers who published a study in 1991 wrote, “The possible contribution of poppy seed foods to positive opiate urinalysis results, especially from foods available in the Pacific Rim area, has recently become an issue for the U.S. Army Forensic Toxicology Drug Testing Laboratory in Hawaii.”

And the Centers for Disease Control and Prevention said (pdf) that one type of urine drug test will show false positives for poppy seeds in addition to quinolone antibiotics and over-the-counter medications.

Dominguez gave birth to her baby, Carter. the baby’s drug test came back negative but staff members at the hospital called Child Protective Services and Dominguez was forced to go home without her baby.

“I felt absolutely horrible,” she told WBKW. “I felt like a terrible mother leaving him. I just want everyone to know that this could happen. It’s such a terrible thing and I don’t want it to happen to anyone.”

Later reports confirmed that the positive stemmed from the bagel.

A Maryland woman experienced the same situation in 2018.

“I was in labor. I was sitting in the bed. I was having contractions. I was on a Pitocin drip, and the doctor came in and said, ‘You’ve tested positive for opiates,'” Elizabeth Eden told WBAL.

“I said, ‘Well, can you test me again? And I ate a poppy seed bagel this morning for breakfast,’ and she said, ‘No, you’ve been reported to the state,'” Eden said.

A state caseworker went to Eden’s house for a home check-up and she was forced to leave her baby at the hospital for five days.

Eden sent research she conducted on false positives due to poppy seeds to the hospital and said that the hospital should either warn expectant mothers or raise the threshold for positives.

Dr. Judith Rossiter-Pratt, chief of the OBGYN at St. Joseph Medical Center, where Eden gave birth, admitted to WBAL the hospital needed to make a change.

“We don’t typically educate patients, and it’s a really good point that people probably should know that if you use poppy seeds before you have a toxicology screen that it could result in a false positive test,” Rossiter-Pratt said. 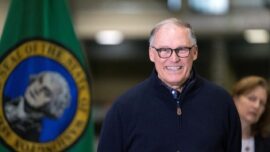 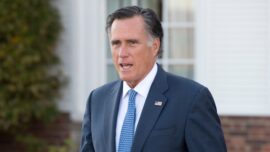 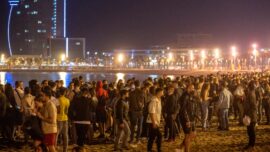 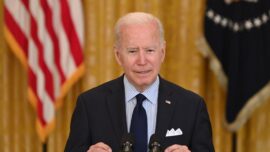 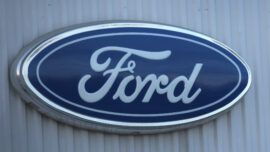