NEW YORK—Rich Valdes, host of “This is America,” discussed what really matters to Latino voters on May 3 at Penn Plaza.

Valdes spoke from experience: He is an American conservative of Puerto Rican descent.

Politicians, pollsters, and friends attended Valdes’s town hall, to listen to and discuss what the largest minority group in the United States will look for in the 2020 elections.

Coming up at 6:30PM, 77 WABC hosts a Town Hall event on Facebook Live. @marklevinshow producer @richvaldes hosts special edition of his This is America podcast discussing what matters most to Hispanic voters for 2020 https://t.co/mgYXdK5iVY pic.twitter.com/AkaOzxTFTw

With recent news of a 3.2 percent increase in GDP, Valdes began with the economy. Hispanics—like all Americans—like a good economy, he said.

“CNN is reporting that the latest poll on President Trump’s approval ratings, for his handling of the economy, is at an all time high of 56%,” said Valdes. “They don’t agree with him on everything else, but it goes to show that the issue of the economy, people do vote their pocket book.”

As of April, the U.S. Department of Labor shows Latino unemployment at 4.2 percent—the lowest in nearly 50 years. The president’s Latino approval rating has also reached 50 percent, according to a poll by McLaughlin & Associates (PDF).

Hispanic Unemployment hit a record low today!
Here’s a clip of a big Special “AMericA” airing today
I chatted with a group of very engaged Latinas and Latinos at the North Lawn of The White House.
A must see show airing tonight on @BlazeTV pic.twitter.com/lViB0Y7gcJ

He asked Jose Arango, chairman of the New Jersey Grand Old Party, what a loss of 25,000 jobs means to a county like Queens, New York.

“It’s totally a disaster economically,” said Arango. “Amazon is not only gonna bring jobs to Queens, it’s gonna create jobs … So the socialist mentality that they have in the Democratic Party now, is totally counter-productive.”

Talk of Immigration has fired up debates in the Oval Office and outside Immigration and Customs Enforcement (ICE) buildings. So what do Hispanics think about immigration?

“Yes, now that we’re making more money in America, the economy is improving, more people want to be here,” said Valdes. “And I don’t think anybody’s mad at anybody for wanting to improve their lives, I think the issue comes into play when there’s illegality involved.”

This year an MS-13 gang member shot and killed a rival gang member at a Queens subway station in the middle of the day. ICE confirmed that the shooter was an illegal immigrant, according to FOX.

An alleged MS-13 gang member was arrested in a fatal Queens subway shooting, and now President Trump is using the incident to call for a border wall. ICE has confirmed that the suspect is also in the country illegally. https://t.co/DHdaF075Wx pic.twitter.com/5iinJbDCNh

Ocasio-Cortez represents the district where the shooting happened, yet she wants to see ICE abolished—the agency that works to arrest criminals like the shooter.

Earlier this week, an illegal alien MS-13 gang member, who had 12 prior arrests, allegedly murdered someone on a subway in Ocasio-Cortez’s district. pic.twitter.com/aNNyxbXUjX

A member of the Guardian Angels, a safety patrol group based in New York City, shared his experiences with MS-13. “E.Q.” explained how the gang prostitutes women, claims territory, and recruits children.

‘You have to be in the fight’

The CEO of McLaughlin & Associates, John McLaughlin, attended the town hall, where he underlined the leverage of the Hispanic vote in the 2020 elections.

McLaughlin said that the Latino vote may decide the election in states with high Latino populations. In Florida for example, the Cuban vote is stronger for Republicans than the Anglo vote, because Cubans support Trump’s policies with Cuba versus Obama’s.

He added that Democrats are afraid of losing the Hispanic vote to Republicans. But to win the vote, Valdes said people need to push harder.

Valdes is exploring a campaign against Representative Ocasio-Cortes for New York’s 14th District. 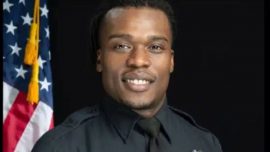 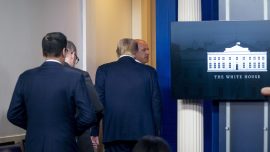 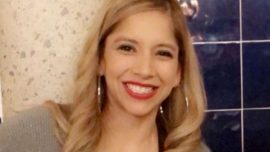