Keep your eyes on the early morning skies for the oft-neglected Ursid meteor shower on Dec. 22, on the heels of the winter solstice.

This small meteor shower can really be seen only from the Northern Hemisphere with between five and 10 meteors streaking across the sky per hour.

The Ursids peak on the evening of Dec. 21, leading into the early morning hours of Dec. 22. The moon will be 50 percent full. That, combined with the often cloudy winter nights of December, could obscure your view of this little shower.

If you want the best perspective of the shower, wait for the moon to set around 12:30 a.m. ET Dec. 22, according to NASA. Then watch the skies for about an hour.

The meteor shower originates from the Ursa Minor constellation, known as the Little Dipper, but the meteors will be visible streaking across the entire sky.

The Ursids are a relatively new meteor shower, according to EarthSky.org’s skywatching guide. While many of the meteor showers we see throughout the year have been annual occurrences for centuries, the Ursids weren’t observed until the 20th century.

The meteor shower happens when Earth passes close to the orbit of comet 8P/Tuttle and this year, our close pass includes several trails of debris that also follow this comet, according to the American Meteor Society. This could cause more activity during the meteor shower.

Don’t look straight up at the sky. Aim for about halfway up in the sky, according to the American Meteor Society.

The Geminid meteor shower is also ongoing through Sunday, and the winter solstice occurs a day later on December 21.

And don’t forget to keep an eye out for the so-called “Christmas Star” (which isn’t actually a star) on Dec. 21. That’s when Jupiter and Saturn come the closest together in our sky than they have in centuries. This conjunction will make them appear like a double planet during twilight. 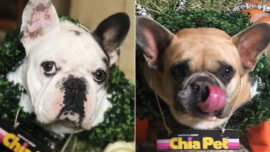 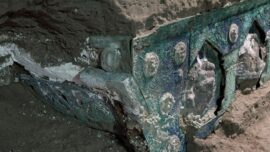